The exciting story of saffron | Brief history of sunshine spice

The exciting story of saffron | Brief history of sunshine spice

Saffron, called “Red Gold”, is the most expensive, valuable, and fascinating spice that ever existed.

Saffron spice is derived from the dried stigmas of the saffron crocus, called the Crocus Sativus. Throughout history, it has remained among the legendary substances in the world.

Usage of Saffron varies greatly, like fragrance, dye, and medicine, because of its aroma, color, flavor, and also beneficial properties.

In this article, we tried to answer some of the most important questions about the history of saffron such as The Origin of Saffron

Basically, it is not exactly determined when and where humans started cultivation and usage of saffron.

Yet, approximately, it dates back to 3500 years ago, extended across continents, civilizations, and cultures.

Despite remained doubts on the origin and history of saffron, many people know “Iran” as the origin of this red gold.

Accordingly, Persian saffron can be considered as the first one cultivated by the human. Also, Greece and Mesopotamia might be some possible regions of the origin of this spice too.

The word “saffron” stems from safranum, a Latin word derived from an old French word called safran in the 12th century.

The French term was borrowed from the Arabic word “zafaran”, and the original root goes back to the Persian term “zarparan”, which means “golden leaves”.

Saffron played a vital role in the pre-classical period in Greece and Rome by the 8th century.

In pre-Greek culture, the first image of saffron is much older, stemming from the Bronze Age. In this image, harvesting saffron is in the Knossos palace frescoes of Minoan Crete, depicting young girls and monkeys picking the flowers.

The ancient Greeks called it “Thera.” Probable these frescoes date from the 16th or 17th century BC but might have been produced between 3000 and 1100 BC.

These pictures portray a goddess watching the flower plucking and the gleaning of stigmas for manufacturing a therapeutic drug.

Another fresco also depicts a woman who is using saffron for treating her bleeding foot.

These “Theran” frescoes are the first visual images representing saffron’s use as an herbal remedy accurately. Between 1645 and 1500 BC, this Minoan site that grew saffron was destroyed by an earthquake and volcanic eruption. But the volcanic ash from the destruction helped in preserving these frescoes.

For the ancient Mediterranean people, saffron was way valuable, particularly in perfumes and ointments.

Cleopatra in Egypt also used saffron in her warm baths, as she loved its coloring and beauty properties. She used it before sleeping with men since she believed that saffron renders lovemaking more pleasurable.

Egyptian healers also used saffron as a cure for some gastrointestinal ailments.

The ancient Romans and Greeks considered saffron as a perfume or deodorizer. They scattered it about public spaces: courts, royal halls, and amphitheaters.

Wealthy Romans even had daily saffron baths. They even used it as mascara. They stirred saffron threads into their wines. They used saffron in the halls and streets as a potpourri and offered it to their deities.

In ancient Persia, in the 10th century BC, saffron was cultivated at Isfahan.

Ancient worshippers in Persia used saffron as something ritual and offered it to their deities, and also used it as a brilliant perfume, dye, and medicine. They mixed it into hot herbal tea as a cure for melancholy.

Persian people used saffron threads to spice and color their foods and teas, while foreigners knew it as an aphrodisiac and drugging agent. These fears prevented travelers from eating saffron-laced Persian food.

Besides, they dissolved saffron in water with sandalwood for taking a bath after heavy work.

Later in Persia, Alexander the Great and his forces used saffron during their Asian campaigns. They mixed saffron in beverages and herbal teas and also used saffron rice.

Alexander, taking after Cyrus the Great, used saffron extract in warm bathwater. Like Cyrus, he believed it could heal his wounds.

His faith in saffron grew more and more after each treatment. He recommended saffron baths for men under him.

These Greek soldiers continued the saffron practices after they returned to Macedonia, believing in saffron’s curative properties.

Following the fall of the Roman Empire, the cultivation of saffron declined in Europe.

For several centuries, saffron cultivation was non-existent or rare all over Europe. However, after the spread of Moorish civilization, this was reversed.

Saffron cultivation in France started during the 13th century.

It was brought from the Middle East and Spain by pilgrims, Knights, and merchants.

Its first uses were in the southwest of the Kingdom in 1250.

Saffron was expensive, rare, and demanded, and it could be farmed under the latitudes of France. By the 14th century, saffron was used widely for coloring and spicing various foods, as documented in some recipe books like the “Viandier de Taillevent”.

By the 15th century, religious power put taxes on local farming of the saffron, which reveals saffron’s importance. Production of saffron became way important in the 17th and 18th centuries, reaching tons.

Saffron farming by then spread throughout the Kingdom. It was especially grown in Angoumois, Albigeois, Gascony, Normandy, Gâtinais, Périgord, Provence, Poitou, and Quercy.

Due to pandemic fungal diseases which destroyed bulbs and crops, to cold winters, and to form the Mediterranean countries competing market, its decline started in the 18th century in Europe.

After bringing the saffron corms to America, The Pennsylvania Dutch then, by 1730, widely cultivated it there.

Why is saffron expensive?

The saffron cost, which is considered as the highest among the spices, can be due to its hand harvesting and labor taking processing, very special conditions of cultivation, and its many beneficial properties. That’s why this spice is called “red gold.” 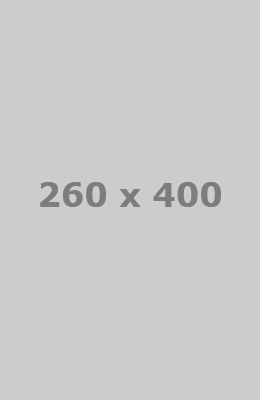