Paella is one of the famous rice dishes in Valencia of Spain, and it means frying pan. It’s better to cook Paella in a traditional wide, shallow pan, however it can be made in a large nonstick frying one instead. Farmers and labours prepared Paella with a variety of ingredients, they almost made it with meat, specifically white meat or seafood, in order to decrease saturated fats.

In addition, vegans and guys who do not like meat make this delicious meal only with vegetables. It’s a suitable versatile meal which contains enough fibres and is low in fat. Also, any preferred veggies and spices according to your own taste can be adjusted. Therefore, this colourful dish embellishes with different seasonal vegetables like peas, artichokes, and peppers, to name but a few.

Spanish restaurants call it” Paella de verdurass” which is vegan/vegetarian/dairy-free, gluten-free, nut-free, and soy-free. Serving in family style may be the reason for choosing paella for special parties since guests traditionally eat directly out of the pan, and it does not serve on plates.

Saffron is the most important and key ingredient that should be a priority to prepare. Using high-quality saffron not only improves the taste and flavour but also enhances the food properties. 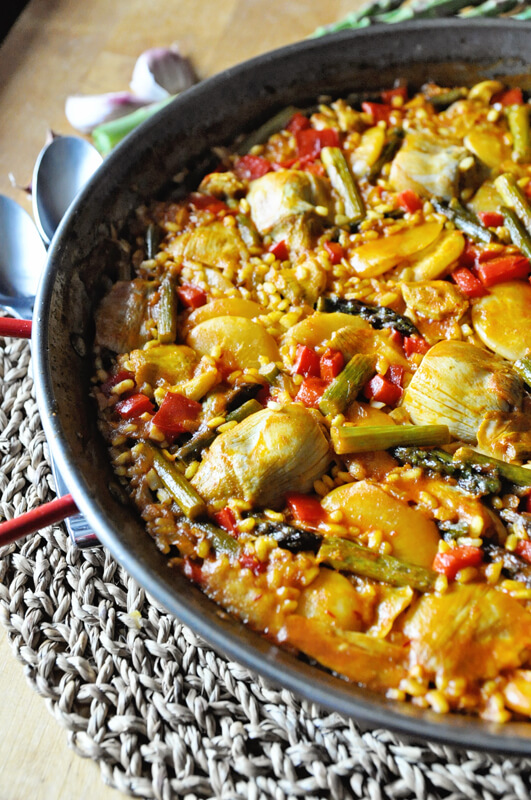 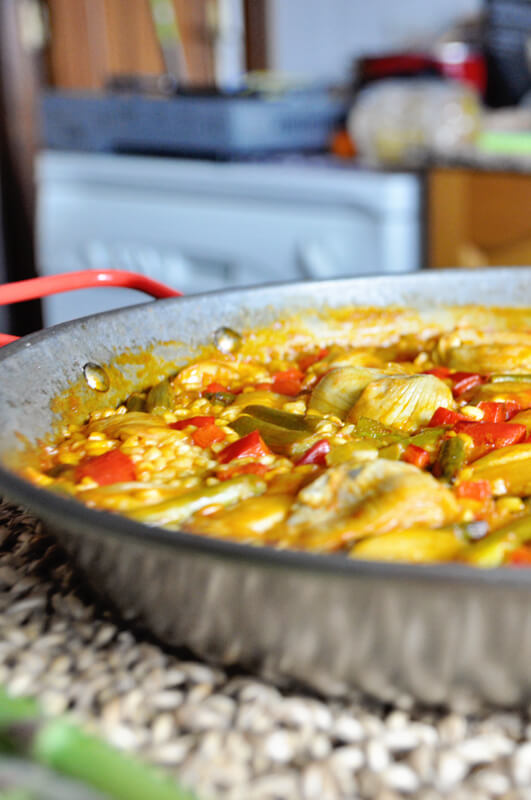