How to make the most AMAZING 20 MINUTE Seafood Paella 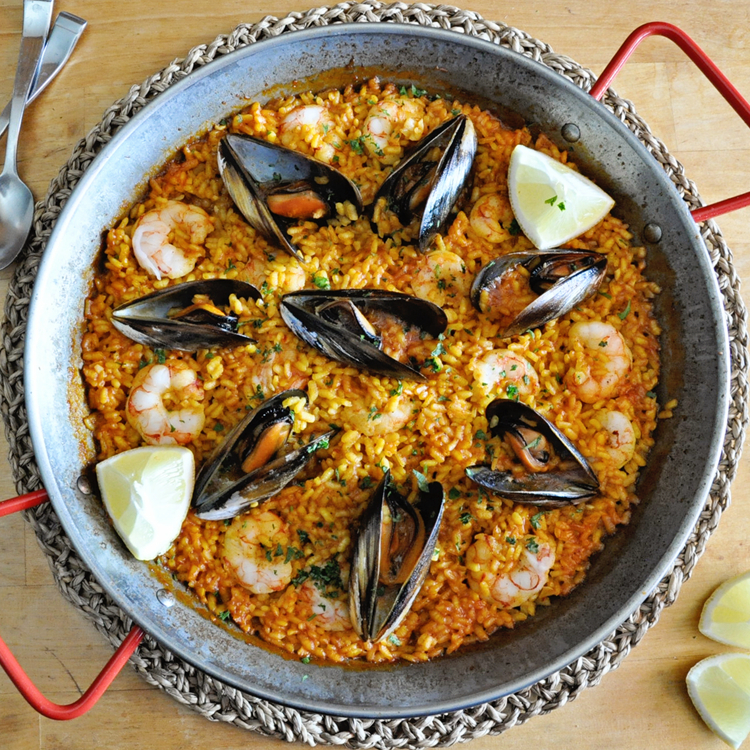 Paella, an ancient seafood, belongs to the Spanish city of Valencia, and it became one of their identifying symbols.

Paella takes its name from a special wide, shallow pan used to cook the dish. Farmers and fishermen cooked it over an open fire. Notwithstanding, should you not possess Paella pan, you can use a large sturdy skillet one instead. In addition, when Arabs brought the rice to Valencia over 12 decades ago, this region had become one of the most important rice-producing areas in Spain. Therefore, Paella can be a union between Romans, for the special pan, and Arabs, for the rice.

Another interesting culture related to this food is, it's not served in plates; it served family style. People traditionally eat directly out of the pan on a round table.

As folks said, Valencia had plethora of crustaceans and shellfish. Most of people made seafood paella without any vegetables, but this rice dish sometimes embellished with seasonal vegetables like peas, artichokes, and peppers to name but a few. Pork, chicken, rabbit, snail and Spanish smoked sausages are used in several regions.

Today, wine and saffron is added in some special recipes that can improve the taste and flavor of this unique and delicious traditional food. 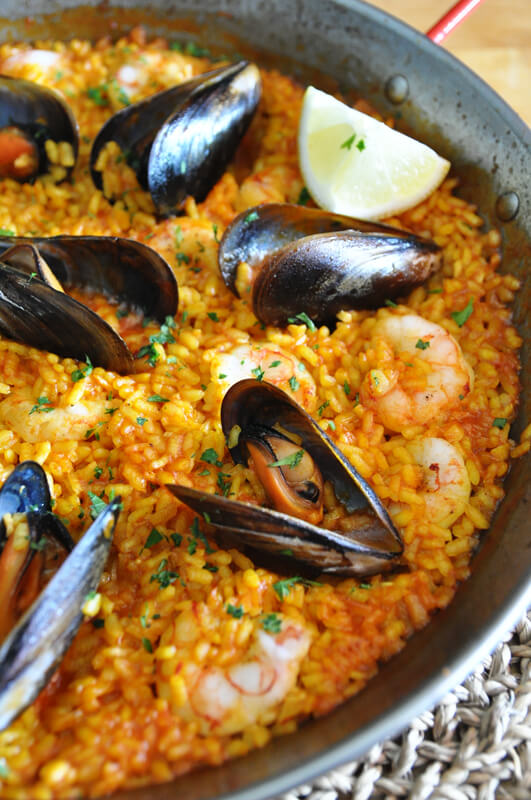 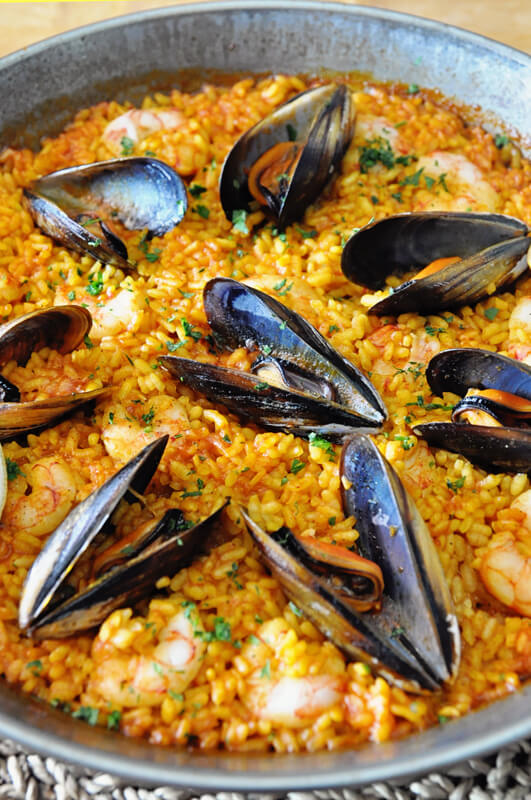