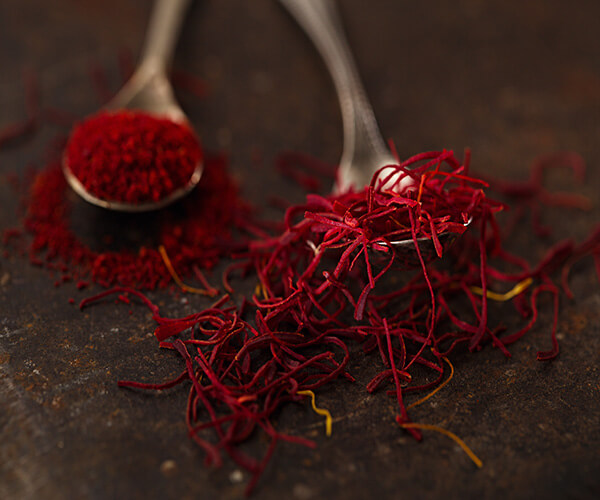 Saffron is generally known for its inclusion in health products and food items. However, it contains important nutrients, which provides several medicinal benefits to the body.

Saffron really does possess some great health benefits just like a lot of herbs and natural remedies. Some Universities and non-profit organizations have conducted scientific studies on the medicinal qualities of saffron. These studies have revealed that saffron is full of Vitamins A, C, as well as many of the B vitamins. Saffron also has other important components such as flavonoid crocin, safranal, the glycoside picrocrocin, carotenoids, antioxidants, and an extensive assortment of minerals.

These components of saffron has given it some properties as a powerful anticonvulsant, antidepressant, anticarcinogen, antispasmodic, antiseptic, and as an antioxidant.

Here are some of the health benefits of saffron as revealed by the studies:

According to studies from universities in Italy and Australia, saffron may prevent and slow down the degeneration (AMD) and retinitis pigmentosa. During clinical trials that involve AMD patients, 23 out of the 25 patients examined showed signs of improvement throughout the experiment period. The patients received a daily oral dose of 20 milligrams of saffron during the period of the study.

2. Inhibits the development of cancer cells

Researchers has it that carotenoids content of saffron are toxic to cancer cells. When saffron is naturally absorbed by the cancer cell, the cell dies off. What is surprising though is that saffron do not have this lethal effect on healthy cells.

3. Helps in the treatment of Alzheimer’s disease

Studies have revealed that that saffron may be a safe, successful treatment for patients experiencing light to moderate Alzheimer’s disease. Specifically, researchers found the fact that saffron reversed aluminum toxicity, memory loss, and neurological disorders linked with dementia and Alzheimer’s.

4. Relieving of premenstrual syndrome and depression

Saffron is a strong antidepressant and may be a good alternative to drugs prescribed by physicians. The advantage saffron has over prescription drugs is that it doesn’t have any side effects and it’s not addictive. Women can make of saffron to relieve pain during their menstrual cycle. Saffron has also been found to become an effective treatment for amenorrhea because of the existence of phytoestrogens in this spice.

A carotenoid found in saffron, crocetin, works as a strong blood pressure-lowering agent. Some researchers have credited the low prevalence of heart disease in Spain to their high consumption of saffron.

Saffron has been shown to help individuals seeking to lose weight minimize their snacking habits. This was demonstrated in a published study where mildly overweight women were made to take saffron.

Back to Health Blog